“A teacher in New York was teaching her class about bullying and gave them the following exercise to perform. She had the children take a piece of paper and told them to crumple it up, stamp on it and really mess it up but do not rip it. Then she had them unfold the paper, smooth it out and look at how scarred and dirty is was. She then told them to tell it they’re sorry. Now even though they said they were sorry and tried to fix the paper, she pointed out all the scars they left behind. And that those scars will never go away no matter how hard they tried to fix it. That is what happens when a child bully’s another child, they may say they’re sorry but the scars are there forever.”

You know the old adage “Sticks and stones may break your bones, but words will never hurts you”? Well whoever came up with that, lied. Words are some of the most powerful weapons you can use against someone, often they hurt far worse than any physical blow. I’ve had my fair share of mean and hurtful things said about me. Whether it be behind my back, to my face, or passive aggressively in just a “oh, i’m picking with you.”  manner. It doesn’t matter the form you use, it still hurts. I’ve always tried to watch what I say because I know the pain and impact your words can have on someone, but sometimes I fail. Sometimes I say something that I never mean to hurt someone and it ends up hurting them. I always try to apologize and hope that it can make up for the hurt but like the crumpled up paper, it still leaves a scar. I often seem to be the target of the passive aggressive form. It doesn’t matter if you were just picking or if you meant to hurt that person, it can still leave a scar. So today I challenge you to carefully choose your words and remember the lasting impact they can have on someone. 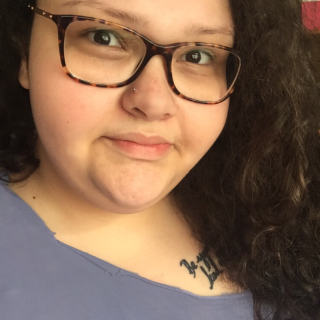